For those of you reading this article and, for the first time connecting with me, John Allen Mollenhauer, also known as Lifestyle Coach JAM, I work primarily with men who want to overcome chronic exhaustion, fatigue, and burnout at mid-life without compromising success, and ultimately accelerating it. Women can benefit from everything I’m talking about in two ways by applying the principles to themselves and sharing them with their men to benefit their marriage and life too.

I work mainly with men at this time because we men are very underserved, particularly around what gives rise to conditions like “male menopause,” which is simply a play on the changes that women go through but is caused by another set of reasons. Women have that “other set of reasons” also at play in their life, plus the biological end of true menstruation, generally after age 45, which the whole idea of male menopause is based on, so ‘hats off to all the women out there who endure what most men do not understand or fully realize the impact of.

That said, in this article, I’m focused on “make menopause” and its impact on intelligent leadership—the practice of blending high performance experience and knowledge with personal and collective integrity within the context and culture of collaboration, and really the second half of life. Whether family, career, or business, intelligent leadership depends on us having the vital power to bring energy and insight to situations.

But when our body-brain just doesn’t have the power anymore, it all becomes hard, our leadership diminishes and that serious impacts the second half of life.

Male Menopause, also known as ‘manopause’ or ‘andropause,’ is a state that men experience where they develop depression, loss of sex drive, possibly varying degrees of erectile dysfunction (erections take a great deal of energy), and other physical and emotional symptoms when they reach their late 40s to early 50s.

Other symptoms common in men this age are:

These symptoms can seriously interfere with everyday life and happiness, leading to a slew of vicious cycles and a premature downward spiral in their life performance, even after a strong first half, so it’s important to find the underlying cause and work out what can be done to resolve it.

Is there such a thing as ‘male menopause?

For you men who like to understand the terminology, the combining form andro- is used like a prefix meaning “male.” It is often used in scientific terms, especially in biology. The form andro- comes from the Greek anḗr, meaning “man.” The name of the princess Andromeda from Greek mythology comes from this same Greek root. Her name has been translated as “ruler of man.”

Andropause is an unhelpful term sometimes used in the media. This andropause label is misleading because it suggests the symptoms result from a sudden drop in testosterone in middle age, similar to what occurs in female menopause. (1) This is not true and is really just marketing to men with the male version of true menopause, as I mentioned earlier.

So let’s address that before moving forward so that we don’t indiscriminately think the 1-2% chance cause of male menopause is responsible for what is really being caused by the other 98%—your lifestyle.

Although testosterone levels fall as men age, the decline is steady at less than 2% a year from around 30 to 40, which is unlikely to cause any problems in itself.

A testosterone deficiency that develops later in life, also known as late-onset hypogonadism, can sometimes be responsible for these symptoms. Still, in many cases, the symptoms are nothing to do with hormones.

In some cases, where lifestyle or psychological problems do not seem to be responsible, the symptoms of “male menopause” may result from hypogonadism, where the testes produce few or no hormones.

Hypogonadism is sometimes present from birth, which can cause symptoms like delayed puberty and small testes. Hypogonadism can also occasionally develop later in life, particularly in men who are obese or have type 2 diabetes. This is known as late-onset hypogonadism and can cause “male menopause” symptoms, But this is an uncommon and specific medical condition that’s not a normal part of aging.

A diagnosis of late-onset hypogonadism can usually be made based on your symptoms and the results of blood tests used to measure your testosterone levels. Still, for the most part, that’s probably not your problem, at the very least, not your primary problem.

What’s the True Cause; is it Personal or lifestyle Issues?

Lifestyle factors, psychological problems, general life situation stress brought on by work or relationship issues, divorce, money problems, or worrying about aging parents are often responsible for many of these symptoms as environmental triggers.

Still, the primary effect of all those causes is energy depletion, and the depletion of vital energy soon becomes the most obvious symptom; and as the primary effect, causes all kinds of other problems, like anxiety, depression, loss of libido etc.

In addition to situational causes, physical causes, such as changes in the blood vessels, happen alongside psychological causes and compound the stress, but all of the above cause the depletion of vitality, exacerbating the symptoms.

In other words, excess stress depletes vitality. Once you are significantly depleted of vital power, all these other symptoms appear, leading to a “midlife crisis,” which is really not a cause but a period of time at which many of these symptoms arise. A midlife crisis though is therefore a consequence, not an original cause. No man has a predetermined midlife crisis in his future. It happens when men think they have reached the halfway stage of life and don’t feel like they’ve got the power to prosper and thrive in the second half; hence depression and withdrawal.

Anxieties over what they have accomplished so far, either in their job or personal life, combined with this weakened state, can lead to a period of depression until they determine what they can do about it and act on it.

A midlife crisis is a transition of identity and self-confidence that can occur in middle-aged individuals, typically 40 to 64 years old.[1][2][3] The phenomenon is described as a psychological crisis brought about by events highlighting a person’s growing age, inevitable mortality, and possibly lack of accomplishments.

This may produce intense depression, remorse, and high anxiety levels, or the desire to achieve youthfulness, make drastic changes to their current lifestyle (which most men at midlife need anyway) or wish to change past decisions and events. Studies on midlife crises show that they are less common than popularly believed; according to Vaillant (2012), in his 75-year longitudinal study on adult development, he found midlife crises were rare experiences for people involved in the study.[4] The term was coined by Elliott Jaques in 1965.

Find out more about the male midlife crisis.

So what is the original cause?

If you were to go online and search possible causes of “male menopause,” you would find a series of causes, including:

But stop and think about it. There are many reasons these habits can arise, but the two that are the truest of them all are excess stress and depleted energy, leading to coping in ways that ultimately create more stress and fatigue. And it’s very difficult to solve low self-esteem or lack of exercise, for example, unless you first deal with the primary causes.

The original cause of menopause, which show up as excess stress and fatigue, is your lifestyle, meaning how you achieve your goals and whether you have a healthy, performance lifestyle mindset and skill set or not. In this case, it’s likely not, and that’s what squanders a man’s leadership.

How’s a man supposed to show up powerful with a process and results-oriented mindset if he’s burning out and trading his health for success so focused on results that his process is virtually nonexistent?

Your Lifestyle is the process or approach.

All the personal and professional development in the world can’t cover up the leadership limiting, health-crushing, performance and leadership-diminishing power of excess stress and fatigue known as male menopause.

If you’re experiencing any of these symptoms, the easy answer would be to see your general medical practitioner, but I promise you will not solve your problem there. They’ll ask about your work and personal life to see if your symptoms may be caused by a mental health issue, such as stress or anxiety, which are not merely “mental health” issues, but they will never get into everything I’m discussing above.
Presupposing excess stress or energy anxiety affects you; you could also take the medication in extreme cases where you need a crutch to help you through—combined with talking therapy, such as cognitive behavioral therapy (CBT), which can be super useful. But again, neither is comprehensive enough to solve your problem.
If you want to solve the real problem and regain strong, intelligent leadership, it’s time for lifestyle optimization, which starts with learning how to manage your energy like a pro.

==>> Click here for free training to introduce you to what that all means. 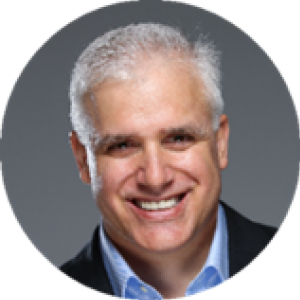 Managing Your Energy “Like a Pro” is the Greatest Life and Business Skill.